Stop attacks on Pride in Bulgaria!

An ultra-nationalist mob has declared war on Bulgaria's LGBT+ community and has launched a series of attacks on Pride events across the country. Bulgarian authorities must put measures in place to keep Pride participants safe.

It's Pride season, and just like millions around the world, LGBT+ people in Bulgaria are getting ready to celebrate.

For the first time since the beginning of the COVID-19 pandemic they want to celebrate on the streets of their capital Sofia with a peaceful march.

But their plans are in danger: Ultra-nationalist groups have announced they'll target and attack all Pride events in the country. These are not just words – the attacks have already started:

- On May 15, a mob of 300 neo-Nazis attacked the 40 participants at the first-ever Pride event in the city of Burgas by throwing eggs, rocks, and smoke bombs at the Pride participants and burning a rainbow flag.

- On May 20, a nationalist politician called Sofia Pride "a manifestation of group mental disorders" during a meeting of the Sofia City Council.

- On May 25, a reading of an LGBT+ friendly children's book was interrupted by members of the Bulgarian National Union who shouted slurs and vandalized the windows of the venue with stickers reading "Stop LGBT virus".

- And between May 31 and June 3, several community centers, venues and Pride billboards were vandalized with stickers, eggs and foam. Homophobic and transphobic leaflets were distributed all around the city.

Sofia Pride is scheduled for June 12, and is supposed to be the highlight after a week of Pride events.

Update from June 14, 2021: On Saturday, June 12, thousands of people gathered peacefully on the streets of Sofia for the city's Pride celebration. Thankfully, the event took place without complications and with just a few scattered counter-protests.

A day before the Pride event, All Out delivered over 17,000 signatures to the Bulgarian authorities, asking them to help keep Pride events safe from far-right violence.

This message was also highlighted with a projection that lit up the national parliament building in Sofia on the night before. Besides lighting the building up in rainbow colors, we projected words of solidarity, reading: "Unity makes us strong. Hate makes us weak." 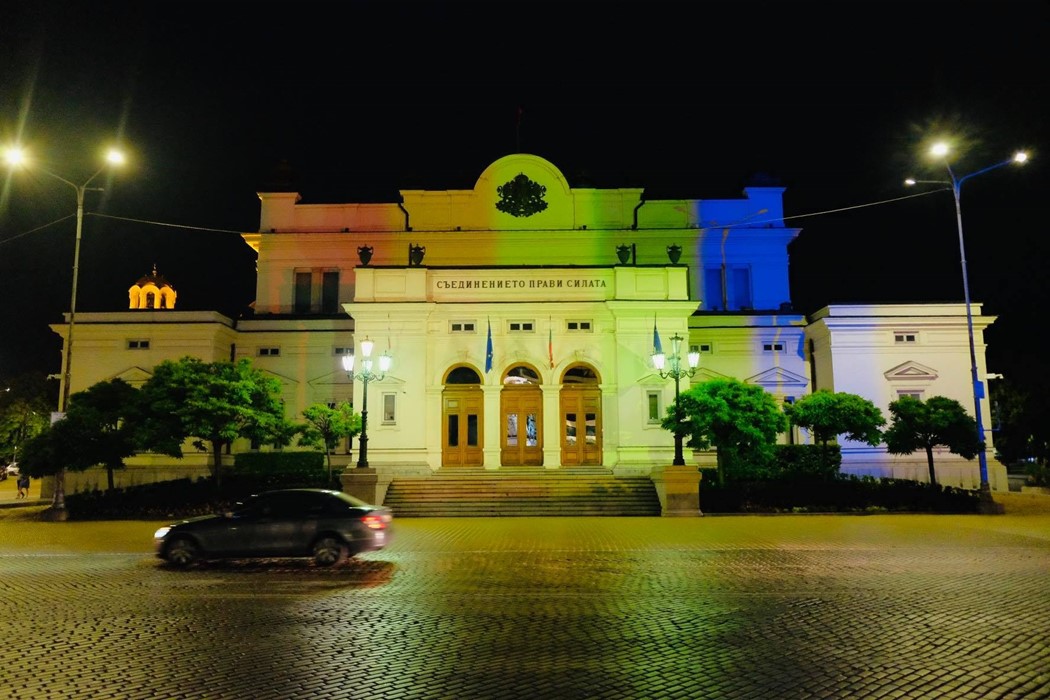 Mr. Boyko Rashkov, Minister of Interior of the Republic of Bulgaria

The LGBT+ community has the right to safe and peaceful assembly.

Ultra-Nationalist groups and local politicians can not be allowed to disturb and attack peaceful gatherings.

We demand that you guarantee safety and support to Pride events and demonstrations in all Bulgarian cities.

We demand that adequate police forces are allocated to protect the LGBT+ community during Pride events.

And we demand that the Ministry of Interior publicly condemns any acts of violence, especially by members of the government and other authorities, and that these acts will be prosecuted properly and in a timely manner.